Born and raised in the small town of Burlington, North Carolina, Stuart Haithcock found his artistic talent at an early age. But, unlike most career-artists, he was able to express himself in more ways than one, and spent most of his time outside of the classroom without a brush or pencil in his hand. He was often found on baseball fields, upon bicycle seats or playing with his two younger brothers in the small creek that ran behind his home.

After graduating from high school, Stuart spent his early college years in the town of Greenville, North Carolina where he still resides today. While playing football for the East Carolina University Pirates, he made his way through his college years pursuing a major in the arts.

The years after brought him many places. He spent time in the small ski town of Sugar Mountain and days on the boardwalk of Myrtle Beach where he met his wife in the early morning hours of a fateful summer night at a restaurant that  still stands to this day.

Growing up in a small town has a way of embedding its beautiful simplicity in a person. To this day, Stuart’s work is often defined in this way. Preferring to capture the essence of a subject rather than it’s detail is a key feature of his work. While erring toward an impressionism, Stuart is a very dynamic artist capable of mimicking many styles.

When not at the easel, he can be found on the course perfecting his golf game or at home spending time with friends and family. But most days, he can be found painting in his Historic uptown Greenville studio, housed in what was the city’s first fire-station. As he is often working on multiple pieces at a time, you never know what you might find on his easel. From celebrity portraits to commissioned works to vibrant abstract studies, the possibilities are endless. 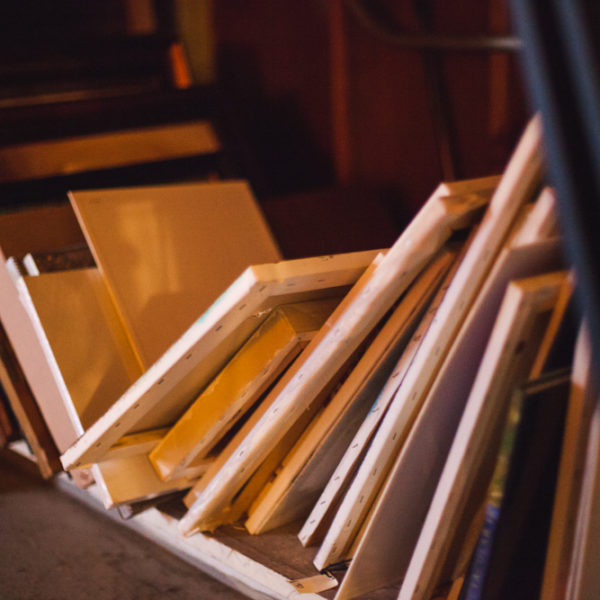 Stuart builds, stretches and primes his own canvases 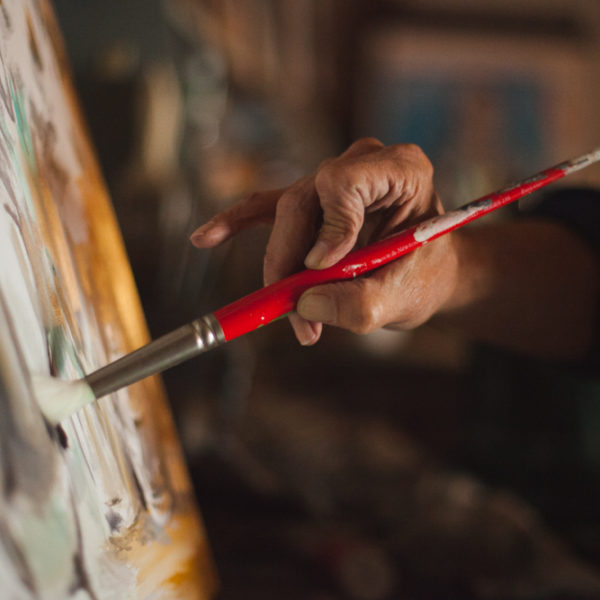 Each piece is hand-packed to ensure a safe arrival

Canvas is an extremely durable woven fabric used for making sails, tents, backpacks and most importantly:  an artist’s painting surface. Stretched tight across a wooden frame, it is immediately transformed into the transformable through the addition of pigment, resin and solvent. Pigment – to provide color. Resin – the binder. Solvent – to act as a carrier. Together they make paint, but without the right hand, they cannot reach their full potential.

From the start Stuart is hands on stretching canvas and mixing paint. His keen eye and studied hand allow him to make quick work of the early stages of a piece. As the process continues, his dedication to his vision right keep him in the studio for hours, but the end result is more than worth it. While his work speak for itself, the right frame can elevate a painting. The studio is equipped with framing equipment to build the perfect display, and there are often a wide array of antique frames to choose from if your piece can fit within them.

Works are hand-packed and custom crates can be requested for pieces that are traveling long distances. As always, local pick ups are available as well. 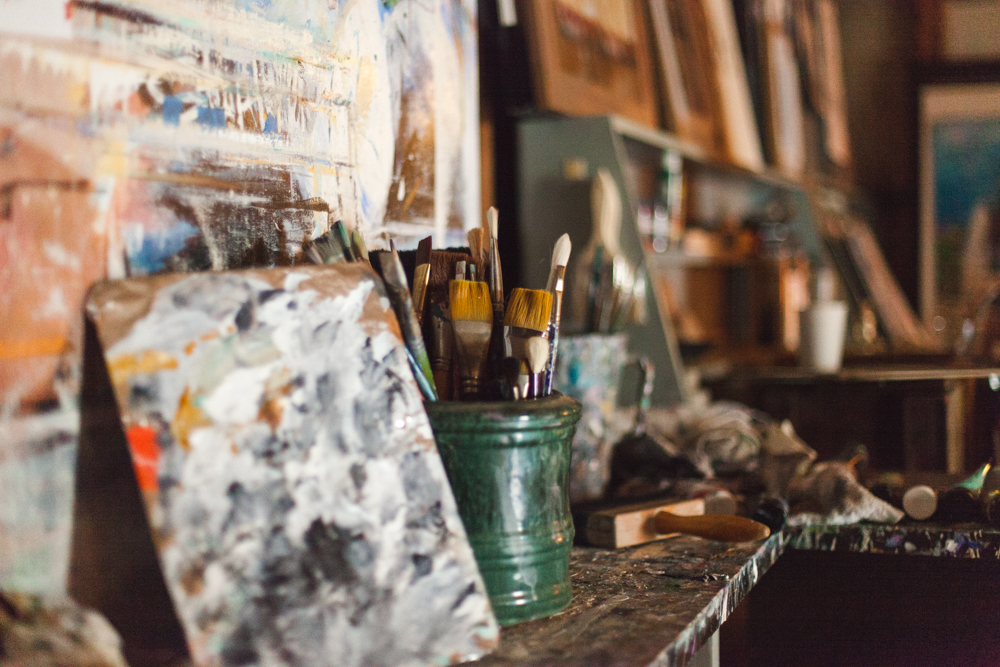